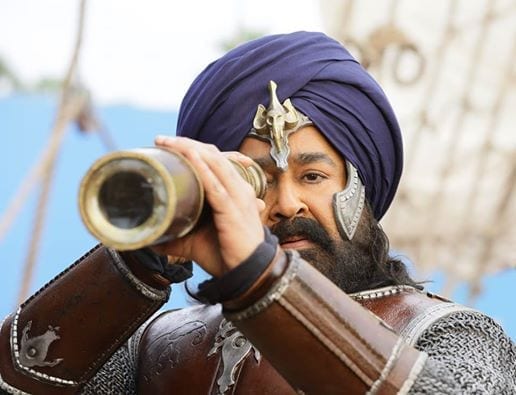 The film is said to be based on the true story of Kunjali Marakkar IV, who is most popular of the four Marakkars who helped organize the first naval defence of the Indian coast and played a major part in the Hindu king of Calicut Zamorin’s naval wars with the Portuguese from 1502 to 1600.
Mohanlal will play the titular role in this high-budget film, reportedly made with a budget of Rs 100 crore. The film is being produced by Antony Perumbavoor’s Aashirvad Films in association with Santhosh T Kuruvilla and Roy CJ. Touted as the most expensive Malayalam film, it is already being shot at Ramoji Film City, Hyderabad.
Marakkar – Arabikadalinte Simham stars other noted actors like Prabhu, Suniel Shetty, Manju Warrier, Arjun Sarja, Mukesh and Keerthy Suresh in pivotal roles. Mohanlal’s son Pranav Mohanlal will also be seen making a cameo appearance in the film as the younger Kunjali Marakkar. The film also marks the debut of Priyadarshan’s daughter Kalyani in the Malayalam film industry.