Mohanlal says that he is extremely privileged to have got the recognition. The actor also added that he wants to dedicate this reception and honour to the people and well-wishers who had been in his journey. The actor was honoured by the Padma Bhushan. He got nominated in Art-Acting-Film from Kerala and got honoured by the Padma for the same. He took to his Facebook handle to share his happiness. 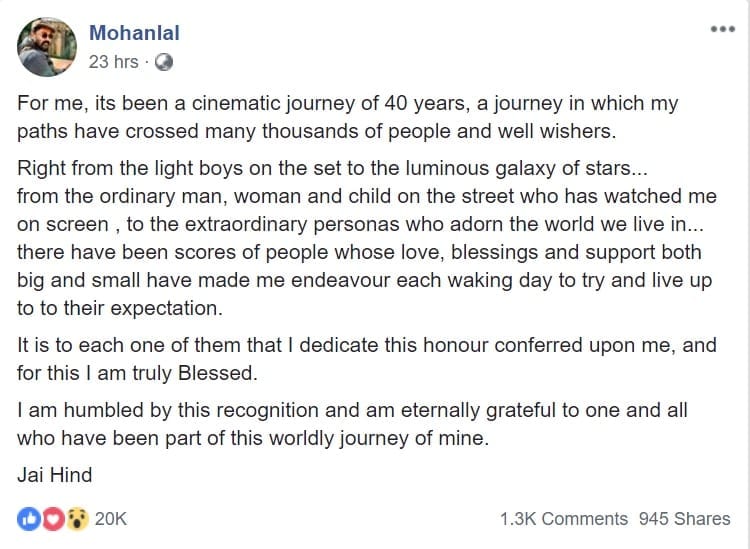 The actor has got a Padma Shri in 2001. The actor becomes the second Malayalam actor to get Padma Bhushan, after Prem Nazir. The Malayalam film industry is getting this honour after a long span of 17 years. Mohanlal is currently working with Priyadarshan for ‘Marakkar: Arabikadalinte Simham’.