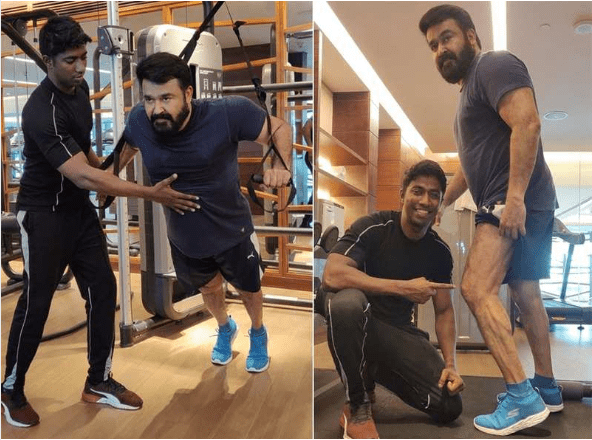 Mohanlal seems to be paying a lot of attention to his fitness lately. The actor who had shed a few pounds for his role in Odiyan last year has been spotted hitting the gym frequently since then to keep in shape.
Recently, the superstar posted a few pics from the gym with his trainer and looks to be in great shape. This only adds more reasons for his fans to cheer as they are also awaiting the release of his next film Lucifer, which will also mark Prithviraj Sukumaran’s directorial debut.

Mohanlal, meanwhile, has wrapped up filming for Marakkar: Arabikadalinte Simham and will join the sets of Ittimani: Made in China next month.