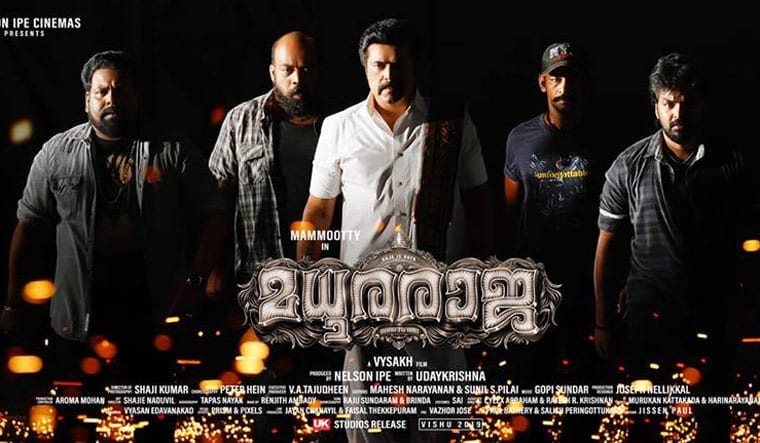 With the release of Madhura Raja, fans have been creating a huge buzz over social media!
With hashtag #1MonthForMadhuraRaja, having been tweeted over a lakh times, this movie is surely to impress, as it hits theaters on April 12.

While Prithviraj, who played Mammootty’s younger brother in Pokkiri Raja, will not make a return in Madhura Raja, the movie boasts of an impressive star cast, including Siddique, Anna Reshma Rajan, Salim Kumar, Suraj Venjaramoodu, Jagapathi Babu and Nedumudi Venu. Besides, Bollywood star Sunny Leone will appear for an item number in the movie. Tamil actor Jai too will play an important role in the movie.