Tovino Thomas looks confident and fierce as the audacious cop.
The makers of actor Tovino Thomas’s upcoming mass entertainer ‘Kalki’ have finally unveiled the character poster of the actor. Actor Tovino looks audacious, confident and fierce in the poster. The team had earlier released the prologue poster in which the actor looked dashing and gutsy. However, the team hasn’t released any posters as yet. The recently released first look poster shows Tovino in a civil dress gazing in rage.

‘Kalki’ is an upcoming Malayalam movie directed by Praveen Prabharam. The actor will be seen playing a police officer in the movie. According to reports, the team has started its schedule in Aluva. As actor Tovino Thomas has also completed his shoot for ‘Luca,’ he has joined the team. The movie is scripted by Sujin Sujathan and Praveen Prabharam. Gautham Shankar, who has worked with Tovino for ‘Theevandi’ has cranked in as the cinematographer. The movie is expected to be an action-packed project and is slated to release on August 8, 2019. 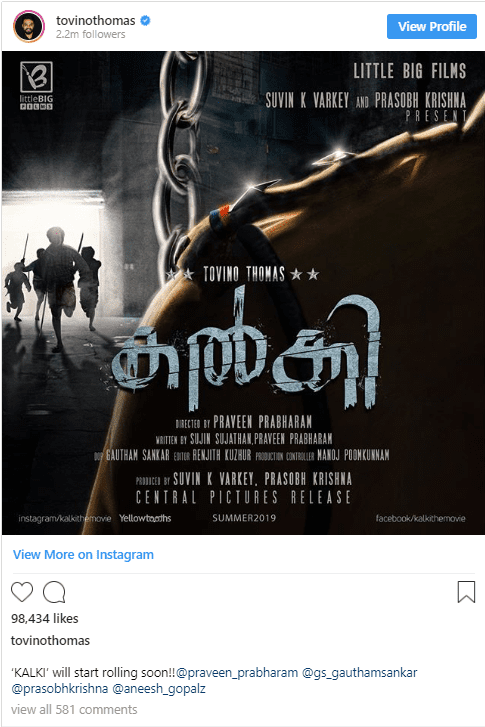