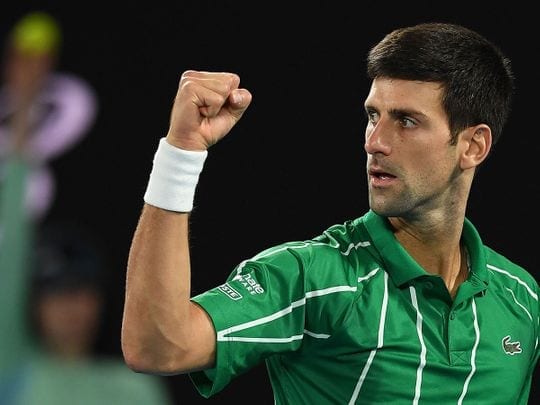 Next week, world No. 1 Novak Djokovic will arrive at the Dubai Duty Free Men's Tennis Championships as a resident of this country.

Portugal international Cristiano Ronaldo is not the only top sportsperson to be granted a 10-year ‘Gold Card’ resident visa by the UAE, but the list includes the likes of prominent sportsmen such as Djokovic along with current and past footballers including Luis Figo, Roberto Carlos, Paul Pogba, Romalu Lukaku and Bosnian midfielder Miralem Pjanic who plays with Ronaldo at Juventus.

The UAE Cabinet, headed by His Highness Shaikh Mohammad Bin Rashid Al Maktoum, Vice President and Prime Minister of the UAE and Ruler of Dubai, had approved the issuing of golden visas for talented athletes in the first week of this month.

Ronaldo’s name was announced last Thursday in recognition of the 35-year-old football star’s exploits for club and country. Ronaldo has now been joined by fellow Portuguese Figo and a host of other top football stars.

Other top sportspersons such as Didier Drogba, Eric Abidal and Roger Federer – all of who own homes in the UAE - are expected to join this growing list in the near future.